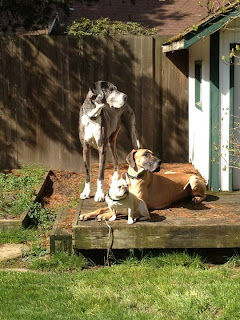 About two weeks ago as of tomorrow, I had a fun little trip with Bess to the emergency clinic.  I'll save the drama and say that she is doing very well now and was diagnosed with aspiration pneumonia, again.  Two Tuesdays ago I was taking the big dogs out for some exercise and Bess was just totally off her game.  As in, they were both off leash in the woods and she was walking.  Not only that, she was steadily falling behind me.  She was acting weird enough that I just decided to scrap the outing and head home since something was obviously up with her.  At the time, I thought that maybe she just tweaked something.  Once we got home she went right to the spare bedroom and plunked down on the bed.  I did some things around the house, mowed the lawn, and then came back inside to feed the dogs.  Heffner and Ruthie rushed to their food, but Bess stayed on the bed.  Okay, seriously not normal.  Then I noticed that she was starting to shiver.  I've been down this road enough with her to know that shivering means fever.  So I took her temperature just to verify and sure enough, she was at 104.6. :o(  Not okay!  Thankfully I've got a great emergency clinic that's only 10-15 min. from my house now and I took her there.  Long story short, I ended up leaving her there over night so that they could run blood work, do x-rays, and put her on fluids.  Her fever self regulated over night and her blood work was rather boring.  Her chest x-rays did show something slightly amiss with the right lobe of her lungs (the one that was previously shown to possibly have some scarring from the last bout with pneumonia) and they were thinking pneumonia.  So I picked Bess up in the morning and took her over to my vet to finish getting checked out and to compare the current x-rays with her previous x-rays.  The diagnosis came back with aspiration pneumonia.  Awesome.

One of my biggest fears when splitting up with Adam was being able to cover emergency vet bills on only my salary.  It's incredibly convenient to be a two income household where the other person makes significantly more than you do. ;0)  "Thankfully" I didn't have a house payment in August, so I was able to cover the vet bill without dipping into my savings.  Thankfully I also have a savings account that allows me to not stress so much about emergencies with the dogs.  It also keeps my puppy money safe (and yes, I am still holding onto my spot with the same breeder with the same great dane puppy bitch in mind!).;0)  A girls gotta have her priorities!  Anywho, I weathered that storm with not too much stress.  Though it's a lot easier to say that now that I know what was wrong and Bess is clearly feeling much better.  Obnoxiously so.

I take her back in to see my vet this Wednesday to get her final set of chest x-rays to make sure that the antibiotics cleared it up again.  From the way that she's acting and her lack of coughing, I'm feeling pretty good that we're good to go.  I have learned from last time though, and she won't be going off leash any where with a possibility of deer that she could chase and split her chest open again!  One emergency vet visit is enough to last me quite a while, thank you very much!

Otherwise things are going really well!  The dogs and I are still working on getting our routine cemented.  Things will most likely change in the fall when I'm not having to take them running at 5:00 am to beat the after work heat.  Unpacking is still a process.  I have been horribly negligent with training, but that's going to end very soon.  I'm trying to organize the vast quantity of dog stuff enough that I can get to my basic training essentials easily.  We're going to be starting back to obedience lessons soon!  Ruthie will be my primary focus for a bit because we've got the frenchie national specialty coming up in October.  I even got my sparkly pink "obedience" shoes to go with our theme!

So there you have it as things are.  Things are good.  Busy and still settling in, but good.  I'll leave you with a picture of Ruthie being SUPER helpful while I was packing things up at the old house. 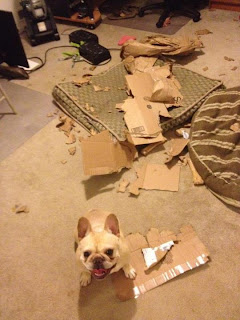 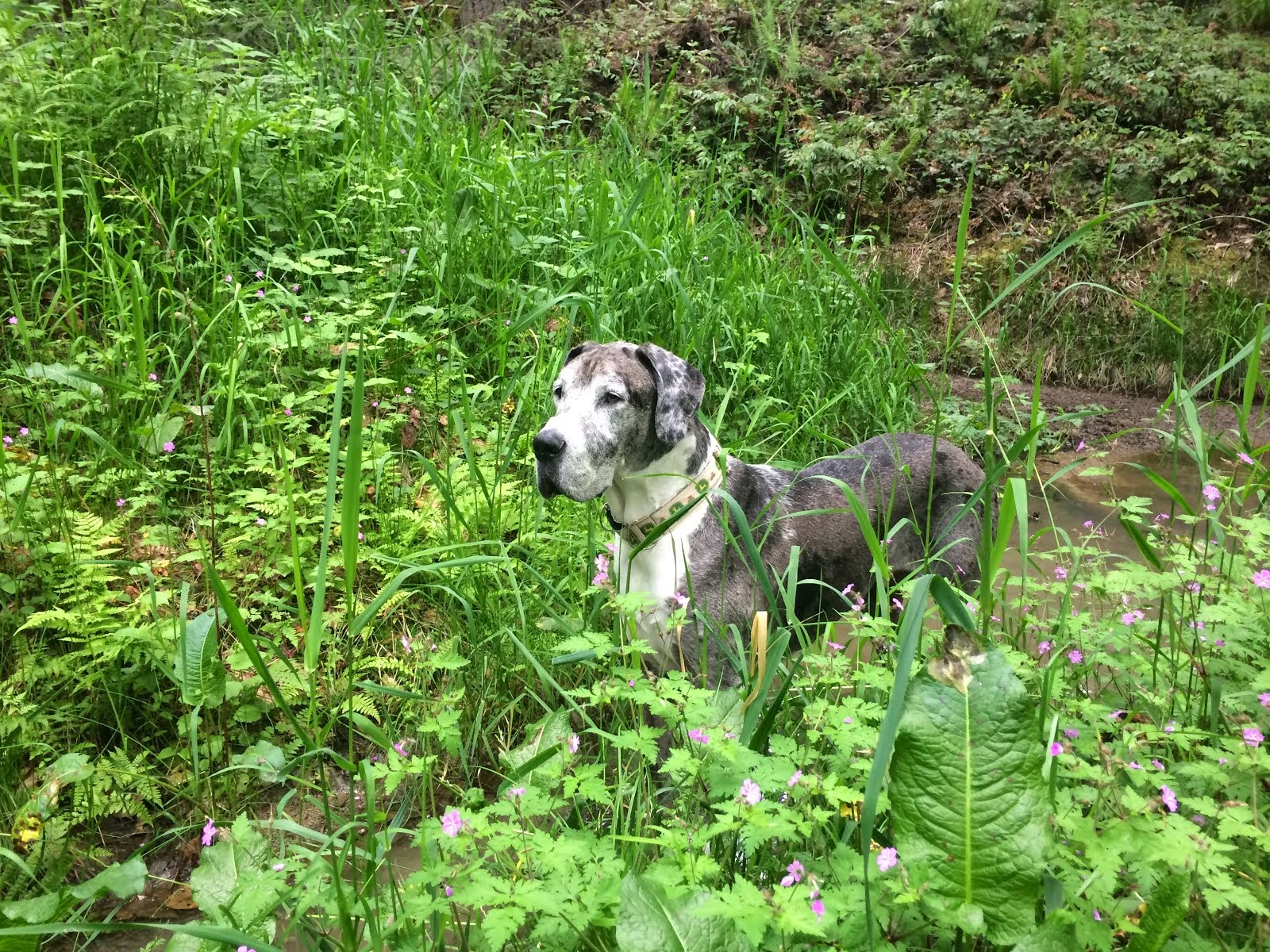 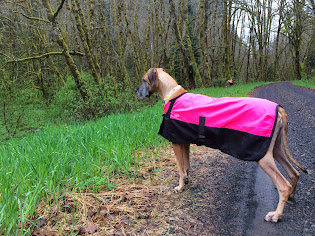 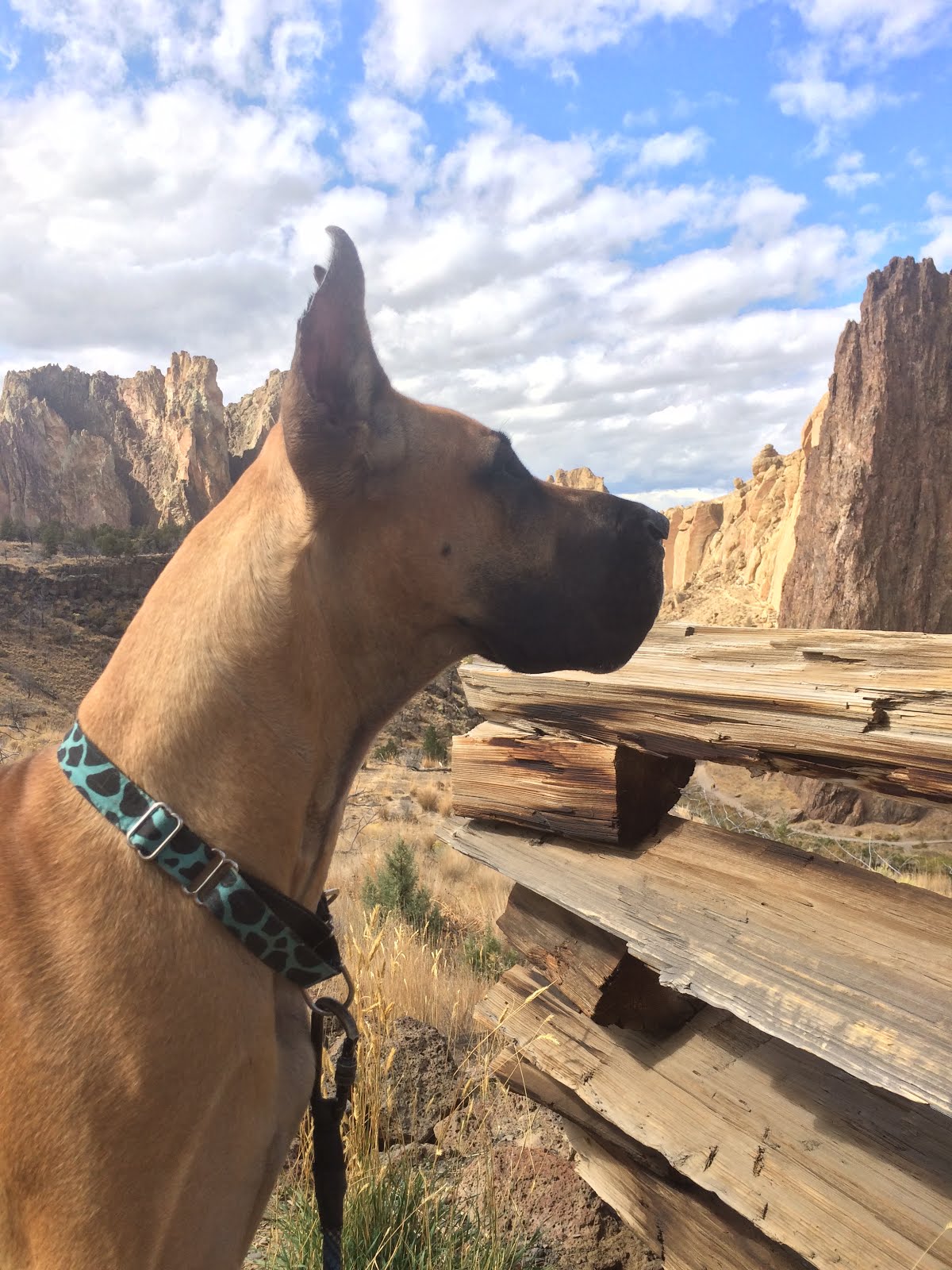